THE DIFFERENT USES OF POPPERS

These products are often criticised, even banned and considered as illegal drugs such as in Canada and in some European countries but in the end widely talked about. Besides inhaling alkyl nitrites is often badly considered.

But who are the consumers of this little bottle of alkyl nitrites? And by the way, how to use poppers and what are their effects? Can they be harmful to your health? We will answer all these questions in this article and you can even learn more by reading our page entitled Everything you need to know about poppers.

A French chemist named Jérôme Balard made amyl nitrite in 1850. It was then used for its pharmaceutical benefits in order to relieve anginas but wasn't called popper at that time. The first ones to experience poppers were thus French patients suffering from health problems such as anginas.

Later in the 1960s, 1970s, poppers and their different nitrites, we diverted from their initial use by the gay community. Poppers were inhaled in clubs or in intimate places for their benefits in sex, delaying ejaculations and dilating mucous membranes. So at the time poppers were associated with the gay community before they became more widespread in the 1990s and attracted new users.

However, according to a survey carried out in the UK, it turns out that poppers are mostly used in the gay community. Yet poppers are more commonplace today and not only sold in sex shops. It is now easy to buy them in different places as nightclubs, tobacconists' and online of course. The number of online shops selling poppers is rapidly increasing (watch out for websites selling counterfeited inhalants).

As poppers have no side effects their audience is increasing as fast as their reputation.

WHY IS THE CONSUMPTION OF POPPERS INCREASING?

As said above, this recreational substance has been getting more commonplace for some years now. As you can't be physically addicted to poppers, the sale of these products isn't forbidden.

If you decide to travel, make sure you're informed about the local legislation, we never know...

Poppers will enhance your sex drive, increase your sexual performance and give you euphoric instants for a limited duration. They will also accelerate your heartbeats.

Poppers enthusiasts use them mainly for 2 reasons: a festive use and a sexual one. As for recreational use, they use them for heat flushes, euphoria and to lose their inhibitions. As far as sex is concerned, people use these inhalants for the dilation of intimate muscles and to optimise their sex life.

Remember that the effects will be different depending on the type of nitrites that you will choose.

There are obviously a few precautions to take if you want to enjoy poppers safely :
Do not mix poppers and other drugs such as weed, cocaine, ecstasy...
Do not use with laughing gas as azote protoxyde.
Do not use if you suffer from a heart condition due to an increase in your heart rate.
If you experience unusual effects as sight problems or the loss of your balance, stop inhaling immediately.
NEVER mix sex pills (Viagra, Kamagra,Cialis...) with poppers. 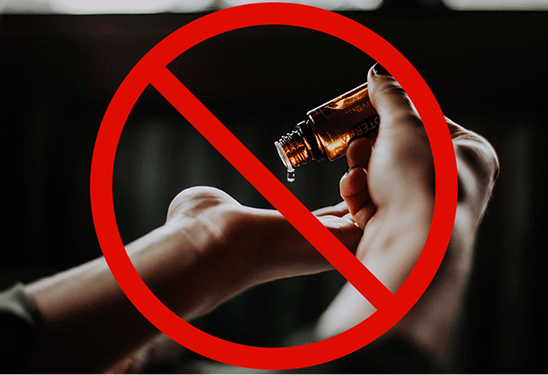 NEED TO KNOW MORE ABOUT POPPERS?

If you wish to know more about poppers and the different types of nitrites, poppers-aromas will tell you everything you need. Just read the articles entitled :